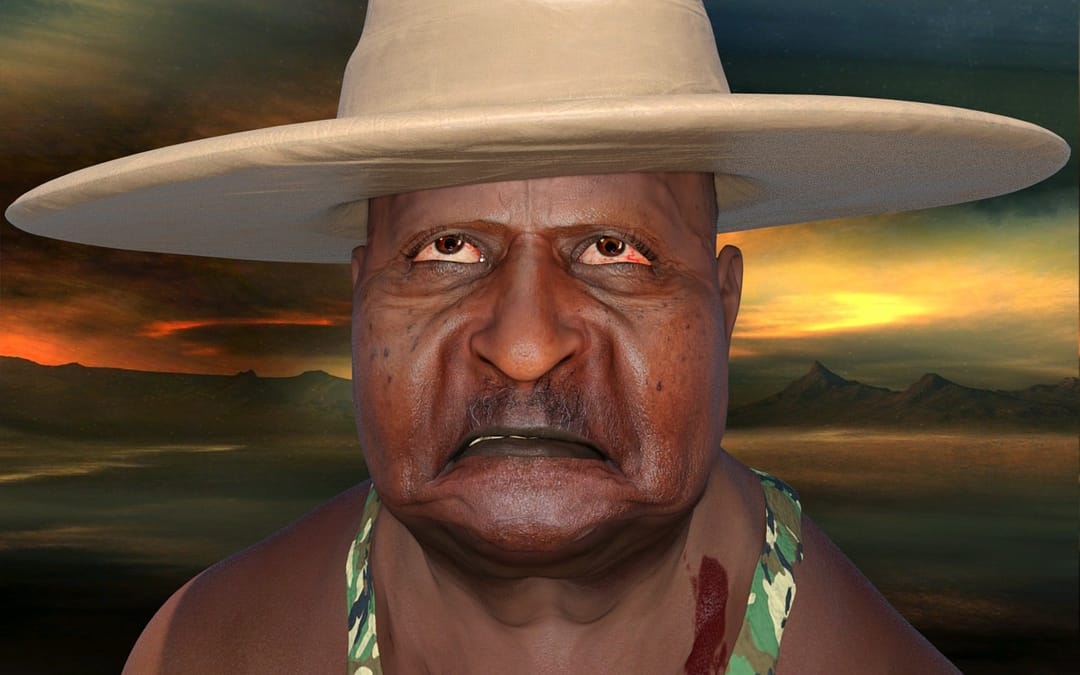 As Ugandans begun a new year under the life dictatorship of the Rwandan Migrant turned Uganda life dictator, Criminal Yoweri Museveni. The security climate has continued to deteriorate. The security apparatuses of Criminal Yoweri Museveni, have resorted to using brutal methods of killing-they now hack innocent Ugandans to death with machetes. Its not a secret anymore, the notorious militia out-fit of criminal Salim saleh, the infamous Kifeesi, is now working with Kale Kayihura, to terrorise the Uganda populace.

The security of Ugandans has been turned into a Pawn game between Henry Tumukunde and Kale Kayihura-to see who pleases the master most. This has all come at the backdrop of the infamous life presidency bill of turning criminal Yoweri Museveni into a life dictator. The out-right betrayal of Ugandans by a backward-selfish class of politicians, to impose a criminal dictator on Ugandans, should not be something we just seat down and fold our arms. Those traitors should be harshly punished as they deserve everything that will come their way.

We call Upon patriotic Ugandans… to be very vigilante and not to trust the security forces, as they’re part of the Kifeesi criminal out-fit. that has been killing and robbing them.  Make sure you organise yourselves into groups of fives, to watch out and report on the movements of security operatives in your areas.

We also have credible information, that some Uganda Members of Parliament(MPs, both in opposition and the regime) are working with the Kifeesi criminal outfit to settle political scores.

Next time We bring you the real Ghetto life in Uganda