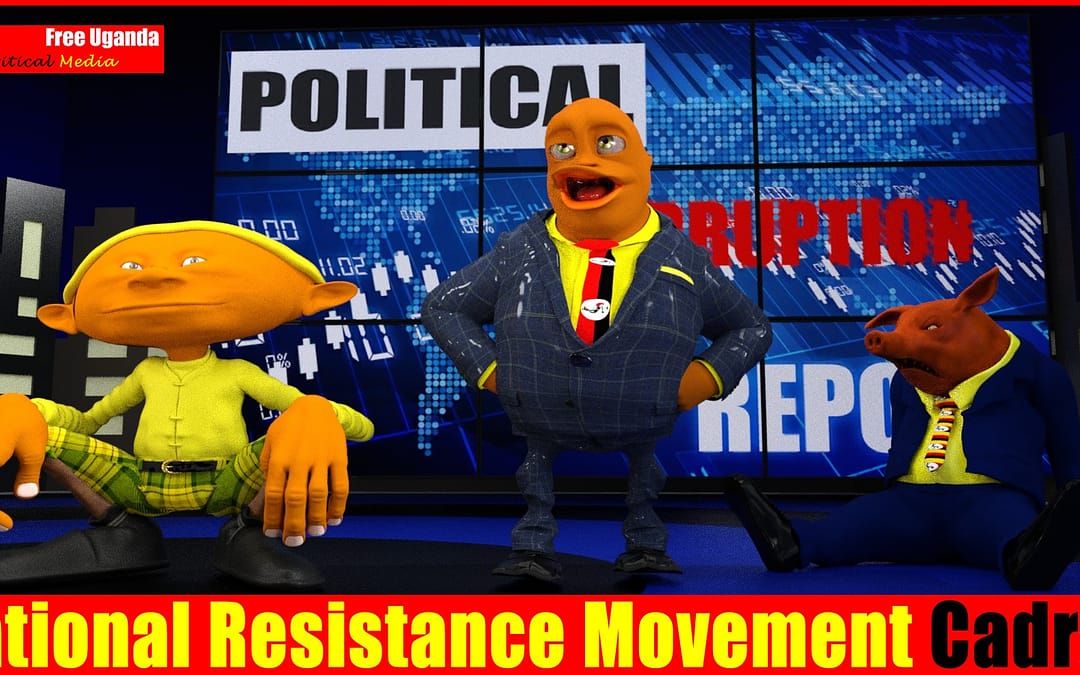 The Levels of corruption in Uganda today, have led to thousands of deaths and homelessness. The country is at the mercy of state gangs fighting each other for wealth control-cliques within the NRM Criminal outfit, are using loyalist uniformed killers, to forcefully grab land and business properties from Ugandans. Stolen and counterfeit documents are being used to protect their crimes .

The thugs of CMI and ISO have been planting bogus cases on land owners, and forced to surrender their land titles as part of a wider investigation. The trick they tend to use, is to dump a dead body part on your property, and then question you….. where the full body is???

While locked away in safe houses, your land is sold.

The Uganda Parliament seized to carry out its functions of tasking the regime, and has instead become a den of Parasites that betray Ugandans.

Politics in a brutal and parasitic regime, like the National Resistance Movement Criminal outfit-the Fiefdom of Criminal Yoweri Museveni. The Uganda National Social Services and infrastructure, have become casualty to an ideology of endemic Corruption and greed.

The regime functionaries’ hardcore greed , has led to a broken Uganda.