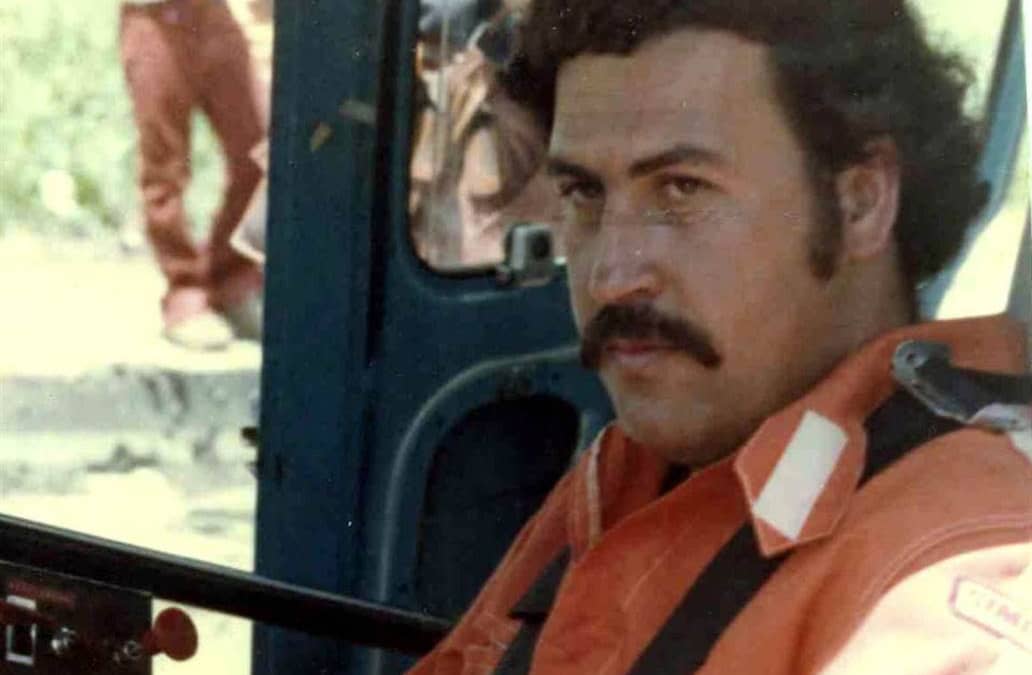 Although the first review of Pablo Escobar Gaviria for drug trafficking dates back to June 1976, when he was captured in Itagüí with five other people, including his cousin and partner Gustavo Gaviria Rivero and his brother-in-law Mario Henao Vallejo, for 1979, the year in which the transaction between Inversiones Fajardo Valderrama and Victoria Henao, the legal status of the capo was very different. 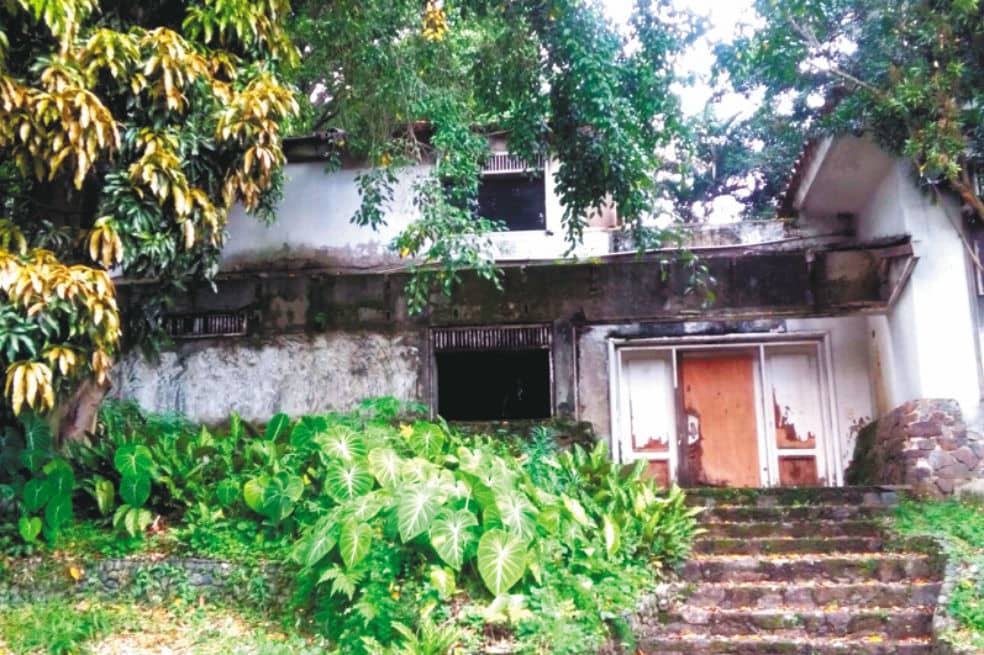 39 years ago, the family company of today’s presidential candidate Sergio Fajardo sold property in El Poblado to Pablo Escobar’s wife. At that time very few knew about the capo’s adventures and much less about his spouse.
Facade of the property that Inversiones Fajardo sold to Victoria Henao de Escobar.

Four months after the first round in the 2018 presidential elections, with no clarity in the alliances or the noise expected at the time of the public debates, it is already becoming clear that the contest will go beyond the confrontation of ideas. The test is a documentation that has begun to circulate that shows that the candidate who scores in the polls, Sergio Fajardo, as a member of a family company, 39 years ago sold a property to Victoria Eugenia Henao Vallejo, wife of Pablo Escobar Gaviria.

The documentation, dusted off 39 years later and in full electoral campaign, indicates that this business was protocolized in the First Notary of Envigado (Antioquia), on February 27, 1979. The company Inversiones Fajardo Valderrama Compañía sold it to Victoria Henao de Escobar a lot of land in the sector of El Poblado, next to his house, worth $ 4 million. The selling firm had been formed three years before, on August 25, 1976, with an initial capital of $ 200,000 and the participation of the parents and brothers of the presidential candidate today. Sergio Fajardo was registered as a member, with 14%.

When tracking the history of the property in question in the Office of Public Instruments of Medellin, it is noted that until December 1972 belonged to the firm Inversiones Sonora Ltda., Which sold it to Raúl Fajardo Moreno, and he did it to Inversiones Fajardo Valderrama Compañía four years later, in January 1976. As of February 1979, it became the property of Victoria Henao, and since 1998 there have been embargo notices by the Public Prosecutor’s Office. However, at present, the owner of the domain rights remains the wife of Pablo Escobar.

That is what is read in general terms in the official documentation. However, to assess responsibilities it is necessary to go back to the historical context. Although the first review of Pablo Escobar Gaviria for drug trafficking dates back to June 1976, when he was captured in Itagüí with five other people, including his cousin and partner Gustavo Gaviria Rivero and his brother-in-law Mario Henao Vallejo, for 1979, the year in which the transaction between Inversiones Fajardo Valderrama and Victoria Henao, the legal status of the capo was very different.

At that time, Escobar Gaviria served as a wealthy businessman from Medellín, his emporium at the hacienda Nápoles in Doradal (Antioquia) was successfully developing and giving form to his civic movement Medellín sin Slums. It was only in 1982 that he acceded to Congress as a representative to the alternate Chamber. A year later, in August 1983, it was when the then Minister of Justice, Rodrigo Lara Bonilla, publicly confronted him, giving rise to the crisis that led to the narco-terrorist war since the murder of Lara in April 1984.

In the midst of this evolution, it should be added that the criminal adventures of Pablo Escobar were ratified from a publication of El Espectador in August 1983, with the facsimile reproduction of the news of his capture in 1976. Only since then was it known that the capo specified the murder of the DAS agents who had captured him and that the file had been stolen. In other words, in the perspective of the presumption of legality, when the business was formalized between Inversiones Fajardo Valderrama and Victoria Henao in 1979, Pablo Escobar was not persecuted by the courts.

One more aspect As recorded on the National Registration Card, Victoria Eugenia Henao de Escobar was born on September 3, 1960 in Palmira (Valle). That is to say, that by February 1979, when he closed the aforementioned business, he was barely 18 years old and his citizenship card had been issued one month before. In this document she appears as Escobar’s wife, since she married him in March 1976. Today it follows that surely since 1979, knowing his actions, many of Escobar’s businesses were protocolized by his wife.

And if Pablo Escobar in 1979 scarcely knew that he was projected as a patron surrounded by politicians or businessmen, and was also a promoter of soccer fields in popular neighborhoods of the Antioquia capital, much less was there suspicion about his wife, the young 18-year-old Victoria Eugenia Henao. In addition, as of that year, the company Inversiones Fajardo Valderrama did not know about the property again, as can be proven in the annotations of the certificate of tradition and freedom of the property located in the El Poblado sector, between Envigado and Medellín.

Regarding the tour of the property from 1979, although the embargo notes begin to be configured since 1998, there is an additional document that shows insufficient action by the State for its extinction of ownership. Specifically, on February 15, 2004, the specialized prosecutor 13 of Medellin, Fabio Augusto Ramos, included him in a request to the Office of Public Instruments Registry of the city, to insist on the precautionary measure of attachment, kidnapping and suspension of the device power of the property located in the El Diamante urbanization.

A year later, in March 2005, the same prosecutor Ramos again required the measure of attachment, sequestration and suspension of the dispositive power of the property, and informed the Public Registry Office that if the refusal persisted, it would be I was going to order a copy of the proofs before the Superintendency of Notaries and Registration for possible disciplinary faults and contempt of a court order. Today, in the official certificate, with the annotations of valuation and cadastral changes, the property continues appearing in the name of Victoria Eugenia Henao.

As for the company Inversiones Fajardo Valderrama, established in August 1976 for the provision of services related to design, construction or acquisition of urban or rural buildings for economic use, since then only had two fundamental steps. In October 2009 it was transformed into a simplified stock company (SAS), and a year ago, in January 2017, the shareholders’ meeting approved its definitive dissolution. Currently it is in the process of liquidation and Rodrigo Fajardo Valderrama is its main liquidator.

Consulted the candidate Sergio Fajardo on this documentation, he said that when the business was done between Inversiones Fajardo Valderrama and Victoria Henao he was 22 years old, had been five years outside of Medellín and was studying a master’s degree at the Universidad de los Andes in Bogotá. On the transaction, he stated that his father put a notice in the newspaper to look for a buyer for that property, a commission agent read it, contacted him and took the buyers to see the house. Then the sale was made in a legal manner and there was never any relationship with the buyer again.

Fajardo added that his father, like almost everyone else at that time, did not know that Mrs. Henao was the wife of a mobster and he did not know about the adventures of Pablo Escobar either. It was only known that he was a drug trafficker because of an investigation led by Guillermo Cano in El Espectador in 1983. Raúl Fajardo, his father, created that company to leverage the future of his children and that is why he included them, even though he administered it. “My father has already died. After years became known that Escobar was a criminal, we talked about that. My dad always mortified him for having done that business, “he said.
The response of the candidate Sergio Fajardo

What participation did you have in the matter?

Any. At that time I was 22 years old and I was studying my master’s degree at the Universidad de los Andes, in Bogotá. I had been out of Medellin for five years.

What was the company Inversiones Fajardo Valderrama doing?

To manage the family patrimony. My father created it to leverage the future of his children and that is why he included me, his eldest son, and my younger brothers. He administered it.

Have you talked to your father and his brothers about it?

My father has already died. After years became known that Escobar was a criminal, we talked about that. My dad always mortified him for having done that business.

Why and how did his father meet Mrs. Henao de Escobar?

Because a commissioner who read the newspaper notice that my dad published to offer the house, took her as a buyer. And after the sale, he never saw her again or established any relationship with her.

In what circumstances did the business occur?

In the legal circumstances of any real estate business. All papers and documents are public.